⧝ I'm the first in my family to go to university. I studied music, and pop music, and Adorno; my dissertation was on 20th century visual art vs ('x') music.
⧜ From 2006 I was in about four bands at any one time until around the close of that decade. I quit performing in groups mid-way through 2015.
⧞ Five years ago I joined the small team behind UK radio's longest-running alternative, specialist music programme; I'm still there, it's truly unique.
⧝ When my live events work evaporated in March 2020, I switched to facilitating online equivalents. This move is in a state of flux, but not utter free-fall.
⧜ My current creative preoccupation (r-)evolves under the working title of Psych Capital, a broad banner to cover a set of long-term artistic endeavours.
⧞ Psych Capital could be briefly summed up as: artistic research exploring the intersections between psychedelics, countercultures, and 'high capitalism'.
⧝ Perhaps hilariously, the natural end point for such a project or set of projects is likely to be a piece of medium-form musical theatre, for stage, or film.
& ok so what have you done for me lately?
• Co-written & performed on recordings that have received airplay on BBC Radio 3 and 6Music and critical acclaim from The Wire and The Quietus.
• Performed music live as part of touring groups in countries including Latvia, Lithuania, Denmark, Belgium, France, the Netherlands, Germany, Spain, Switzerland, Czech Republic, Slovakia, Poland, Slovenia, Serbia, Bulgaria, Romania, Italy, Scotland, Wales, and England.
• Worked in and around the highly creative team at the core of one of the UK's most-beloved now-defunct music venues.
• Hosted touring acts in my home city from across the musical spectrum and from a variety of backgrounds and locales.
• Transitioned from roles in the Live Venue sector to the Online & Digital realm, transferring skills from this time into performance streaming, creative collaboration, and beyond.
George Maund’s background is in performance venue programming (Kazimier), events production (Cartier 4 Everyone) and radio broadcasting (BBC), so in March of 2020 - when the UK’s ‘first lockdown’ forced a change of employment trajectory - he quickly skilled up to become an Online Events Facilitator and Digital Consultant. This led almost immediately to working with Migrant Artists Mutual Aid on their online international Proximity Symposium, and shortly thereafter to live art producers DRIP Liverpool for the first internet-based iteration of their Spill Yer Tea event series.

Utilising a fairly unique and unconventional set of skills developed over years of experience at BBC Radio Merseyside and at independent internet radio sensation Melodic Distraction, George now works remotely from home - broadcasting and supporting online live-streaming to the world from a home studio space.

In 2016 George founded Cartier 4 Everyone to function as a platform for under-represented (LGBTQ+, BAME, womxn) musicians and performers (Shyboi, Anz, Loft/Aya, Manara) to perform at Liverpool venues (Kazimier Garden, 24 Kitchen Street, Constellations, IWF Substation), resulting in memorable social functions. Today, C4E exists as a radio show and commissioning body, with the in-person live event aspect on hold for the time being.

George’s interest in independent and grass-roots culture resulted in him helping to found and facilitate the first incarnation of Eat Me & Preach, a drag-dinner-cabaret-clubnight hybrid of themed evening's entertainment spectacle.

Prior to moving into the realm of (‘real-world’) events programming in the early 2010s, George performed in local music groups Ex-Easter Island Head (which he co-founded), a.P.A.t.T., and Stig Noise, amongst other cross-discipline collaborations such as with choreographer Lauren Tucker. He now performs in a solo capacity, combining roots and inspiration from electronic music production with spoken-word performance and internet-era mixed media. He has been commissioned to create new work by Metal Culture (both online and in actuality), and performed at Tate Liverpool for LightNight 2019. George is currently based in south Liverpool.
At the time of writing, I'm working remotely on two separate projects. I will eventually give this section an exhaustive yet concise overview of the past year's worth of work, but in the mean time - take a peep below: 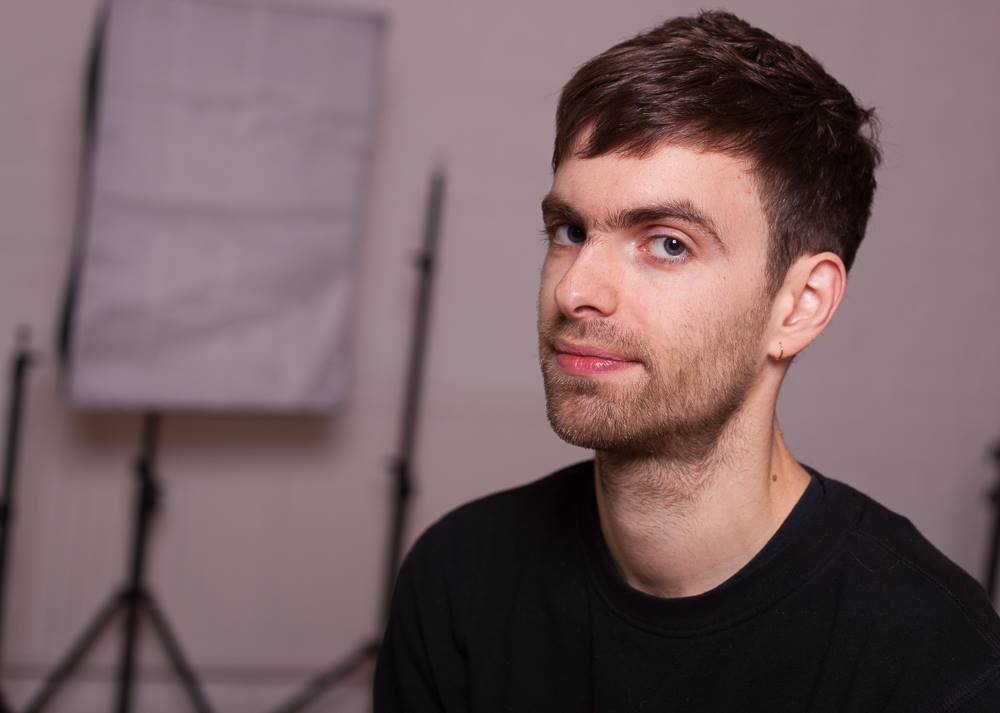